Here’s some Friday facts from HMRC.

• relative to total income before allowances, deductions and reliefs, average rates of tax were 12.5% for basic rate taxpayers and 27.0% for higher rate taxpayers.

• the richest 25% of taxpayers by total income accounted for 70% of the total tax paid.

• 59.4% of tax liabilities were due on taxable incomes falling within the basic rate tax band; 40.6% in the higher rate band; and 0.1% in starting rate band

Tax bills and refunds – how to check them 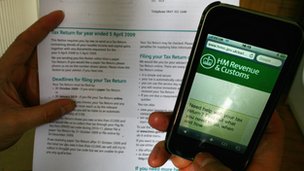 It is quite possible that your tax calculation is wrong
Employees and pensioners should always check the tax taken from them under Pay As You Earn (PAYE).

But far too few people do so, and only find out later they have paid the wrong tax.

This is welcome news if you are due a refund, but a potential nightmare if you receive a bill.

The problem is that unless you fill in self-assessment tax returns, HM Revenue & Customs (HMRC) might not have all the information it needs to get your tax right.

The tax authorities may have information about your wages or pensions from you, your employer or pension provider.

Or the Department for Work and Pensions (DWP) may have told HMRC about your taxable state benefits.

But, like a jumble-sale jigsaw puzzle, when HMRC puts it all together, there might well be one or more pieces missing.

After the end of the tax year, on 5 April, HMRC will work out whether it thinks you have:

So what do you do if you get a PAYE P800 tax calculation from HMRC?

Whether it is a refund or a bill, you should check the calculation.

It is an estimate based on the computer data HMRC has about you.

HMRC will send notes with the calculation to help you check it, but there are several things of which you need to be sure.

First, ask yourself where the figures came from.

If several jobs or pensions have been added together, more than one source could be lumped into a single amount of PAYE income.

Compare the figures on your P800 to other information in your possession, such as your P60, P45, P11D forms, and bank and building society statements.

You should also ask yourself what could be missing.

Have you told HMRC about payments that might reduce your tax liability, such as pension contributions or gift aid donations?

You should also claim all allowable expenses against your wages.

There are some common expenses payments that can be taken off your taxable income, if they have not been fully reimbursed by your employer.

Finally, check if you have got all your tax allowances.

Some allowances are commonly missed, such as blind person’s allowance.

You do not have to be completely blind to claim this.

Higher personal allowances could also be due if you celebrated your 65th or 75th birthday in the tax year.

Are you happy with the calculation?

Do you fully understand it, and understand the reasons why it has arisen?

If you are sure, either bank the refund cheque or wait for HMRC to contact you about how you should pay any bill.

If you are unsure of anything or you think the calculation is wrong, contact HMRC.

Be ready with the calculation, as HMRC will ask for your national insurance number (NINO) and will also ask security questions before discussing the calculation with you.

Keep a note of the call, including the date and time, the name of the person who you spoke to, and what was said on both sides.

If you write to HMRC, give your NINO, PAYE reference, full name and address, and explain your question or claim.

Sign and date the letter, keep a copy of it and any enclosures and get proof of postage.

If the calculation says you owe tax, in most cases the tax will be correctly calculated and legally due – so you will have to pay.

But you do have some rights.

If your employer or pension provider has made a mistake, HMRC is legally obliged to investigate whether they, not you, should pay the tax owed as a result.

Or if HMRC has made mistakes, you may be able to invoke what is called Extra-Statutory Concession A19 (ESC A19).

This is a published policy under which HMRC may write off arrears of tax.

But that can only come about if HMRC failed to make “proper and timely use” of information in its possession, and it was reasonable for you to think that your tax affairs were in order.

This usually only applies for tax years ending more than 12 months ago.

For example, you cannot normally use ESC A19, to ask for tax owing for 2011-12, to be written off if HMRC advises you of the underpayment in, say, November 2012.

However, if HMRC has persistently got something wrong year after year, it does have the discretion to write the tax off for all years up to and including 2011-12.

So if you underpaid tax in earlier tax years, and an underpayment in 2011-12 occurred for the same reasons, ESC A19 might apply depending upon your individual circumstances.

How long to pay?

HMRC will try to collect the tax via your PAYE code over a year, from April 2013.

But if you owe £3,000 or more, or if you do not have enough wages or pension against which to deduct the tax, HMRC will contact you about paying directly.

Although you can pay immediately in full, HMRC should agree to you paying by instalments over at least a year, so ask if you need longer.

How much tax you pay can affect entitlement to means-tested benefits.

Generally speaking, the more tax you pay, the lower your net income, so the more means-tested benefits you should be able to claim.

Note, however, that a tax bill does not affect your tax credits claim.